What distinguishes a prophet of God?

It seems that there have always been “prophets” of one sort or another. In another question we look at what Scripture has to say about determining a prophet of God from one that was false. But more fundamentally, what is a prophet of God?

We have lots of examples of individuals that Scripture records as a prophet of God. There are the many books of prophets preserved for us in the Old Testament – Isaiah, Daniel, Haggai, etc. We see prophets of God in the New Testament as well. In fact, Jesus Himself was a prophet (Luke 1:76). It’s clear in the Bible that prophets played an important role in God’s dealings with mankind. They fulfill a mission.

By looking at these prophets — God’s prophets — in the pages of Scripture we should be able to pull out what distinguished them as being a prophet of God. 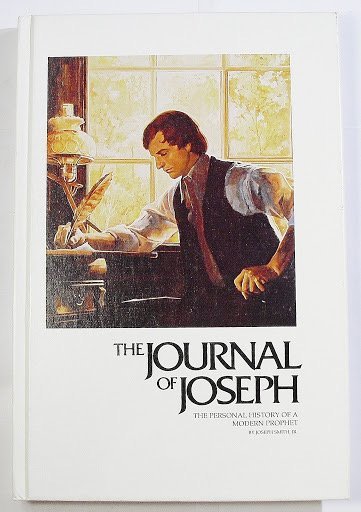 how Scripture answers "What distinguishes a prophet of God?"

A prophet that is truly God’s prophet is sent as His spokesperson1,2,4,6,7,10. It is someone that God has revealed Himself to8 and sent on a mission to speak His literal words6,7,10. They have stood in the council of God, seeing His heavenly throne and deliberations among those around the throne5,8.

The message is not usually a happy one3. In fact, it is often a message of mourning and woe1 – effectively one of judgement10 due to the disobedience of the people.* But sometimes, the message may be a false one – words not consistent with God’s commands – as a way to test the hearer9.

*The majority and central message of what’s recorded in all the books of prophecy in the Old Testament and Revelation.

Ezekiel consumes a scroll that contains God’s words. The message is not a good one (“lamentation and mourning and woe”) yet is tastes as sweet as honey to Ezekiel. He is told by God to deliver the message to the people.

God’s commission and instruction to Ezekiel the prophet. After seeing a vision of the Lord himself, he is told (actually shown) what he must do for God.

In a graphic image, the implication is that Ezekiel will literally speak God’s word to the people. He will in effect regurgitate them.

The Lord your God will raise up for you a prophet like me from among you, from your brothers—it is to him you shall listen—

God is going to raise up a prophet to whom they should all listen.

God speaking to Moses before Moses’ death and the people enter the Promised Land.  This verse, in particular, is quoted by Peter in his sermon in Acts 3:22  and referenced by Stephen in Acts 7:37, 52 – each of them in their full context interpreting this to be Jesus Christ.

A prophet is raised up by God and sent to give a message all should listen to.

The prophets who preceded you and me from ancient times prophesied war, famine, and pestilence against many countries and great kingdoms. As for the prophet who prophesies peace, when the word of that prophet comes to pass, then it will be known that the Lord has truly sent the prophet.

Considering that past [true] prophets prophesied war [bad things], for the prophet who prophesies peace [good things], wait to see if it comes true.

Jeremiah has a direct confrontation with another prophet (Hananiah). Jeremiah has been saying that the captivity will last seventy years; Hananiah, claiming to be from God, is saying it will only last two years. (This is about eleven years after the episode in Jeremiah 26.)

Jeremiah is pointing to a distinguishing characteristic of prophets sent from God. Their message was generally that of condemnation and judgement on the people.

God will give Aaron to Moses in order to “be his mouth.”

God gives Moses his mission to advocate to Pharaoh on behalf of the people. One of Moses’ objections is that he is not a good speaker. God addresses the objection and provides Aaron who is apparently can “speak well” (vs 14).

Effectively, God is giving Aaron to Moses to be his prophet. To speak for him. From Pharaoh’s perspective, Moses is God (the authority) and Aaron is his prophet (the words).

But if they had stood in my council, then they would have proclaimed my words to my people, and they would have turned them from their evil way, and from the evil of their deeds.

Standing in the council of God correlates to proclaiming God’s words.

During Jeremiah’s time, the people were confronted with many false prophets. God is telling them not to listen; they are not from Him or speaking His words.

Standing in God’s council appears to be a qualifier for a prophet of God. We don’t always have an accounting of this happening with every prophet, but that doesn’t mean it didn’t happen for all prophets of God. We do see it with Micaiah (2 Kings 22:19-23), Isaiah (Isaiah 6) and John (Revelation 4-5).

For I have given them the words that you gave me, and they have received them and have come to know in truth that I came from you; and they have believed that you sent me.

God gave words to Jesus who in turn gave them to his disciples. They received them, resulting in them knowing “truth” and believing “that you sent me.”

Jesus’ prayer in his final hours on earth, sometimes referred to as the “High Priestly Prayer.” He further states in vs 14, “I have given them your word” and in vs 20 as He transitions from praying specifically for the apostles to praying for all believers, “I do not ask for these only, but also for those who will believe in me through their word”.

Jesus spoke the words of God, given to him by God.

And Balaam said to Balak, Did I not tell your messengers whom you sent to me, If Balak should give me his house full of silver and gold, I would not be able to go beyond the word of the Lord, to do either good or bad of my own will. What the Lord speaks, that will I speak?

Balaam is telling Balak that even if he were to reward him greatly, he would not be able to speak the words other than what God gave him to say.

The entire story of Balaam and the Moabites is across three chapters (Numbers 22-24). King Balak sends for Balaam to curse the children of Israel that have camped at the border of Moab. Balaam is finally persuaded to come but with three attempts is only able to utter a blessing (
Nehemiah 13:2
).
How does it inform?

Balaam was known as a Gentile that was a diviner (Joshua 13:22), but in this case he was God’s prophet. He was asked and intended to speak a curse, but God forced a blessing from his mouth (three times).

And he said, Hear my words: If there is a prophet among you, I the Lord make myself known to him in a vision; I speak with him in a dream.

God said, “Hear me: if there is a prophet among you, I made myself known to him (or speak to him) in a vision (or dream).

Moses has led the children of Israel out of Egypt, and Miriam and Aaron (his sister and bother) are questioning Moses’ authority with Miriam’s statement, “Has the Lord indeed spoken only through Moses? Has he not spoken through us also?” (vs 2)  God hears this and is not at all pleased with them.

God reveals himself to true prophets in a vision or dream, and it is only these that He tolerates to speak for Him.

If a prophet or a dreamer of dreams arises among you and gives you a sign or a wonder, and the sign or wonder that he tells you comes to pass, and if he says, ‘Let us go after other gods,’ which you have not known, ‘and let us serve them,’ you shall not listen to the words of that prophet or that dreamer of dreams. For the LORD your God is testing you, to know whether you love the LORD your God with all your heart and with all your soul.

If a prophet (a dreamer of dreams) rises up and gives you a miracle and tells you to worship idols, you shall not listen to that prophet.  For God is testing you, to know whether or not you love the Lord your God with all your heart and mind.

Moses’ instructions (from God) to the people before entering the Promised Land.  Here warning the people that God may test them with false prophets and instructing that they should be put to death (vs 5).

God’s instruction not to follow after a prophet if his words are not consistent with what God has already commanded and taught – even if he performs great signs and wonders. It is a test from God.

Therefore I have hewn them by the prophets; I have slain them by the words of my mouth, and my judgment goes forth as the light.

Therefore, I [God] have cut and shaped them by the prophets, killing them by the words of my mouth – judgment that reaches everyone.

Hosea prophesied primarily to the northern ten tribes, the nation of Israel, during the time of Jereboam II (~750BC).  This was during a time of great peace, prosperity and stability for the nation, but just a decade or two before they would be taken away and destroyed by Assyria.
How does it inform?

God’s prophets spoke the words of His mouth which was terrible judgement for the people.

go back up to the answer

Do you agree? If so, share this question and the Bible Study Framework with others.

If you know of some other verses or you have something to add to the verses already listed for this question please leave a comment below! We welcome the public discussion and will incorporate your input into the Framework above. We have nothing to hide and invite your help in considering all that God’s word has to say.

Send Us Your Question

Connect for a Bible study or discussion!